skip to main | skip to sidebar

Brick and Mortars (Still) Can't Beat the Web on Price

Change is an arduous process. Whenever I have to make a big change in my life, I tend to go through three phases. First, I simply wish ("somehow it will happen"). When that doesn't work, I'll look for a quick Hail Mary fix. (Sadly, those specially formulated seaweed pills didn't help me lose 1 to 2 pounds a day). Finally, still stuck in the same situation, I realize that I have to confront the challenge and strategize to make things happen.

Brick and mortar stores have been muddling through similar stages in dealing with the emergence of low-priced web retailers. The facts are incontrovertible: due to lower costs, web retailers can profitably sell products more cheaply than their physical store — and with a few clicks, it's often more convenient for customers to buy online.

When first challenged, brick and mortar stores responded with a nebulous rebuttal of "we'll offer better service" as a counterweight to their price premiums. That hasn't worked very well. Next some retailers have tried a Hail Mary tactic: "We'll match the best price you can find on the Internet." The logic here is that without the price-match guarantee, the retailer was going to lose the sale, so sales gained by this policy are incremental revenue (which results in gross profit as long as the price at least covers merchandise cost). The downside is customers become trained to play the game of checking prices on the Internet first, which has negative long term effects — you can't make money when more and more of your customers start paying incremental prices.

The allure of cheap web prices has recently blossomed due to mobile phone apps that direct users to a lower price on the same product, generally at an Internet retailer. Many of these online retailers offer free shipping and, for the moment at least, many don't charge sales tax (which at 9.25% in Chicago, for instance, adds up). These apps encourage "showrooming," the practice of customers checking out merchandise in physical stores and then purchasing at a discount on the web.
Brick and mortar retailers need to realize that selling the same products as established web retailers do, even with... Read the complete article
Posted by Shopping Center Digest Blog at 4:40 PM

The Myth Of Showrooming Takes Another Hit

The myth of showrooming—the suggestion that tons of shoppers are flooding stores to only use them as a physical showroom as they had always intended to purchase the product at Amazon—lives on. But a survey conducted in late April by Bizrate Insights is helping to add a little clarity. First, showrooming really doesn’t happen very often. But more interestingly, when it does, it’s more likely to be within the same chain. That’s a problem all right, but the name of that problem isn’t showrooming. It’s internal politics.

Bizrate surveyed more than 9,000 shoppers (between April 24-30) who had just completed an online purchase at one of their e-tailers. The first—and arguably most meaningful—stat is an overwhelming 78.15 percent of those online purchasers had not looked at those products in any physical store. No surprise there, but it’s a key number to remember the next time someone shouts about how showrooming is gutting brick-and-mortars.
When they zeroed in on that remaining 21.85 percent of shoppers who had looked instore before buying online, most of them (54 percent) ended up buying from the same chain. In other words, they were in a Target or a Best Buy and then purchased from Target.com or BestBuy.com.
Granted, that’s a slim margin (in the survey, it’s the difference between 11.8 percent and 10.05 percent—and it’s not clear what the survey’s margin of error was), but it’s still interesting.  Read the rest of the article

Posted by Shopping Center Digest Blog at 6:10 AM 13 comments:

Posted by Techvibes Newsdesk on Mar 27, 2013
This article was written by Glen Korstrom and originally published in Business in Vancouver.

Vancouver-based online suit-seller Indochino launched its first pop-up store in Vancouver in November 2011 and has since had seven other pop-up stores in cities such as San Francisco, New York and Chicago.

CEO Kyle Vucko told Business in Vancouver that his company has increased pop-up store opening times to several weeks for the one currently in Boston. Its first pop-up store lasted four days and offered customers the opportunity to book sessions for Indochino staff to take their measurements.
Vucko’s company continues to more than double its revenue each year and recently moved its 40 Vancouver staff to a larger office in Vancouver’s Railtown neighbourhood, east of the downtown eastside.

It opened a new 1,000-square-foot store under its Clearly Contacts brand on Robson Street between Burrard and Thurlow streets on March 21.

CEO Roger Hardy refers to the store as a “pop-up”; its lease is rumoured to be six months.
Hardy would not disclose the length of the store’s lease, but he said it’s shorter than leases that most retailers sign and that he is simply testing out the location.

“There’s evidence that hybrid models of retail are going to be the most successful.”

Posted by Shopping Center Digest Blog at 7:46 AM 3 comments:

Landlords are finding it easy to fill empty big boxes 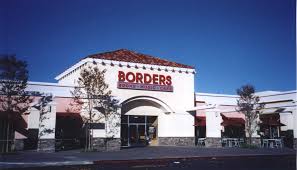 
Remember those vacant big-box store sites that were expected to gather dust for decades? Today, the only dust seen at many of them is the kind that's getting kicked up by the procession of tenants scrambling to fill them. Minimal new retail construction, coupled with improvements in the housing, employment and lending sectors, have retailers and a host of other users re-filling boxes of all size from Billings, Montana to the Big Easy.

Though deals have yet to return to pre-recession pricing, big-box vacancy is dropping and cash flow is rising faster than many predicted just a few years ago. A prime example: the brisk leasing and sales activity of the nearly 400 vacant Borders Books spaces returned to market following the retailer's 2011 bankruptcy. Even in economically pressed Michigan, 11 of the state's 18 former Borders locations had been absorbed as of February 2013 and several other deals are working, a February report in the Detroit Free Press said. One of those is in Borders' former home base of Ann Arbor, where the bookseller's old two-level, 44,000-square-foot flagship store is being subdivided into five first-floor retail and restaurant spaces and a bank of second-floor offices.  In Billings, Montana, Jo-Ann Fabrics and Crafts emerged to take over a former Borders in Marketplace West, beating out about a half dozen other national retailers, developer and leasing agent Steve Corning said.

Last summer, Fresh Market took over a former Borders on stately St. Charles Avenue in New Orleans, while in central Philadelphia, Walgreens is  moving into a former three-floor Borders where it will mirror new-concept stores that it previously opened on New York's Wall Street and Chicago's Michigan Avenue. The store will feature a salon, salads, juice bar, fresh sushi and a doctor-attended wellness center.

The Borders blitz seems destined to continue. A few miles from the Notre Dame campus in South Bend, Indiana, Whole Foods is set to open April 10 [2013] in an old Borders, while another healthy grocery, Asheville, N.C.-based Earth Fare, has opened in an old Borders space in Noblesville, Ind., near Indianapolis. "Borders had great real estate and unlike a lot of the vacant boxes, it was a part of that same tribal gathering of tenants that went into many of the modern-day lifestyle centers," said David Palmer, head of Dallas/Fort Worth development for Dallas-based Cencor Realty Services. Among retailers taking former Borders in Texas are Nordstrom Rack, Container Store and Neiman Marcus Last Call. But not all the Borders went to retailers. A former Borders at Westfield Southcenter Mall in Tukwila, near Seattle, went to Hope of the City Church.

It isn't just old Borders boxes that are getting absorbed. The Detroit report said 17 of Michigan's 21 former Circuit City big-box locations are either occupied or scheduled Read the full article
Posted by Shopping Center Digest Blog at 9:11 AM No comments:

What Exactly is a Pop-Up Store


Whether you hear temporary retail, flash retailing, pop-up store, or pop-up shop, it is all one and the same. Pop-up shops are taking over the retail world and rethinking traditional brick-and-mortar and big-box stores, but what exactly is a shop that pops up?

Sighted as early as the 1990s in large urban cities such as Tokyo, London, Los Angeles and New York City, pop-up shops and pop-up retail are temporary retail spaces that sell merchandise of any kind. That’s right, just about every consumer product has been sold via a pop-up shop at one point in time. From art to fashion to tech gadgets and food, pop-ups are exciting because they create short-term stores that are just about as creative as they are engaging. And they come in all shapes and sizes.

What are the benefits of a pop-up shop?

So, who can start pop-up shop?

Posted by Shopping Center Digest Blog at 7:24 AM

From NRF - The State of Retailing Online Report 2013

The State of Retailing Online 2013 launches!
We're excited to announce that the results of the first survey of the State of Retailing Online 2013 study were released on January 13, 2013 as part of the First Look track at the NRF BIG Show.  Covering metrics and key initiatives for retailers in 2013, the report findings help retailers benchmark their online business and highlight areas of focus in e-commerce this year.
To learn more or to participate in a future SORO study later this year, please contact Fiona Swerdlow, Head of Research at Shop.org.
Key Take Aways from the Report:

Key eCommerce Metrics Continue To Grow
On average, the web retailers surveyed in Forrester and Shop.org’s annual The State of Retailing Online study saw growth of 28% in 2012 over 2011. The majority of retailers also responded that the following key site metrics improved in that same time frame: site conversion rates, average order values, and the percent of sales from repeat shoppers.

Key eCommerce Metrics Continue To Grow
On average, the web retailers surveyed in Forrester and Shop.org’s annual The State of Retailing Online study saw growth of 28% in 2012 over 2011. The majority of retailers also responded that the following key site metrics improved in that same time frame: site conversion rates, average order values, and the percent of sales from repeat shoppers.

Mobile sales are Growing particularly Rapidly
While Forrester’s mobile commerce forecast figures show a minority of eCommerce sales (less than 5%) coming from phones, the retailers that responded to our survey said that, on average, they experienced a 129% lift in year-over-year sales from smartphones and a 178% lift from tablets.

Site optimization is The Key investment area For 2013
Retailers say that their top priorities in 2013 are improving their site’s conversion rates and redesigning their site experience -- in other words, optimizing their site’s overall performance. Many retailers specifi cally called out plans to focus on the checkout experience and to adjust their site to accommodate a responsive design framework.

How Santa's Helpers are spending their time and money in-store vs online!

How Santa's Helpers are spending their time and money in-store vs online!


In the last few days of the holidays season, POPAI brought us their insight into the 2012 Christmas shopping season.

"Tis the season to spend. This season, holiday shopping sales are expected to reach $586 Billion. From an individual consumer spending standpoint that translates to a spend of almost $1000 over the months of November and December. Gifts, decorations, cards and food top the list of pre-holiday purchases at an estimated $984. The spending won't end on December 24th either. An additional $235  is projected to be spent on post-Christmas deals and self-gifting once the holidays are over"

Click here to see the full infographic and article

Posted by Shopping Center Digest Blog at 11:42 AM